APPLYING FOR YOUR HGV PROVISIONAL LICENCE

Before taking your theory and practical HGV driving tests, you will first need to apply for a provisional driving licence. If you are considering training to become an HGV driver then you should sort this stage out as early as possible to prevent any further waiting around on your part. 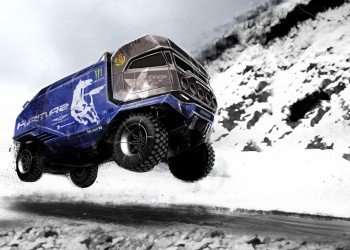 The first thing you will need, before even applying for the licence, is to already hold a full driving licence. You cannot be an HGV driver without already holding a car licence, and so if this is the case you will have to sort this out first.

The other restriction concerns your age: you cannot become qualified as an HGV driver until you are 18 (this has been dropped from the previous minimum age of 21 to help younger people into the industry. However, in some cases it’s 21 years old), so if you are not old enough then you will have to wait.

If you meet the conditions for becoming an HGV driver, then in order to apply for your licence you will have to fill in a couple of forms, both of which you can get from the DVLA (Driver and Vehicle Licensing Agency). The first form to fill in is called the D2, which is simply the application form. The second form is the D4, which is a medical form and is a bit more complicated because it has to be completed by a doctor. Arrange an appointment with your doctor to get the form filled in, although your doctor could charge you for the service.

When you have completed both of the forms you will need to send them to the DVLA in Swansea for processing. As well as the forms, you will need to send in documentation that proves your identity, your current driving licence and a passport photo. All of the exact details will be provided on the forms, so make sure that you enclose the correct information and documents to prevent any delays.

If you have filled in all of the information on the two forms correctly and have sent in the correct documentation, then the DVLA states that it aims to get your provisional licence delivered to you within three weeks. However, if checks are needed concerning details of your health or your personal information then it may take longer.

The DVLA will then send you your provisional driving licence in the post. This will have a photo on it which is different from the older style licences, as well as some further security features.

After you have received your licence you will then be able to apply to complete your HGV theory test and, following success in that, your HGV practical test. Try to make the process as smooth as possible for yourself by applying as soon as possible and by including all of the relevant information without making any mistakes, and the whole process should not throw up any complications.

Heavy goods vehicle drivers are an essential part of the distribution of goods between suppliers and their buyers.

You would work from distribution centres, factories and warehouses to transport goods to all areas of the UK and Europe.

Apart from the driving of the vehicle you would also:

You could be spending many nights away from home especially if your trip involves a trip to continental Europe.

Government legislation limits the amount of hours you can drive without taking a break. You could spend a lot of time away from home, which may include overnight stays, especially if you are travelling to Europe.

Most of your time will be spent in your lorry cab and you will be driving in all weather conditions.

It would help if you enjoy driving, have good driving skills and have a suitable level of fitness to work with loads.

This website uses cookies to improve your experience. We'll assume you're ok with this, but you can opt-out if you wish. Accept