How Much Does a HGV Licence Cost?

A provisional HGV license doesn’t cost that much really you’re talking around £50.00 and add on to that your medical test will usually on average costs £100. So you’re probably thinking hang on that doesn’t really sound like a lot of money to become a HGV driver and you’d be right, it isn’t, however, what does cost the most money is the actual HGV training itself, this could add up to between £600 and £1000, so as you can see, this is where the figures get interesting and where you’ll have to sit down and weigh up the pros and cons of whether or not you can actually afford to carry out the training. 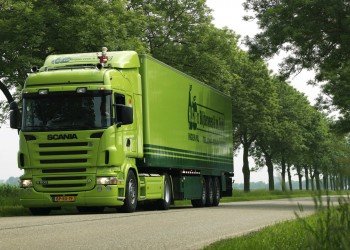 Also remember that if you need to complete even further training this too will add up, for instance every HGV driver requires a Driver Certificate of Professional Competence (CPC) which also costs you more money.

So as you can probably make out becoming a HGV driver can cost you a large amount of money initially, but what you have to remember is that you are making an investment in your future and once you are a HGV driver you really will be earning good money every week. HGV drivers can earn £600.00 a week, which is a fantastic amount of money. So consider this when you weigh up the pros and cons as yes on one hand you have to afford the initial cost but if you can afford the initial cost then you will definitely be reaping the rewards. Good luck to you!

Heavy goods vehicle drivers are an essential part of the distribution of goods between suppliers and their buyers.

You would work from distribution centres, factories and warehouses to transport goods to all areas of the UK and Europe.

Apart from the driving of the vehicle you would also:

You could be spending many nights away from home especially if your trip involves a trip to continental Europe.

Government legislation limits the amount of hours you can drive without taking a break. You could spend a lot of time away from home, which may include overnight stays, especially if you are travelling to Europe.

Most of your time will be spent in your lorry cab and you will be driving in all weather conditions.

It would help if you enjoy driving, have good driving skills and have a suitable level of fitness to work with loads.

This website uses cookies to improve your experience. We'll assume you're ok with this, but you can opt-out if you wish. Accept